We are sending your enquiry...

Your enquiry was successfully sent!

We are sending your enquiry...

Your enquiry was successfully sent! 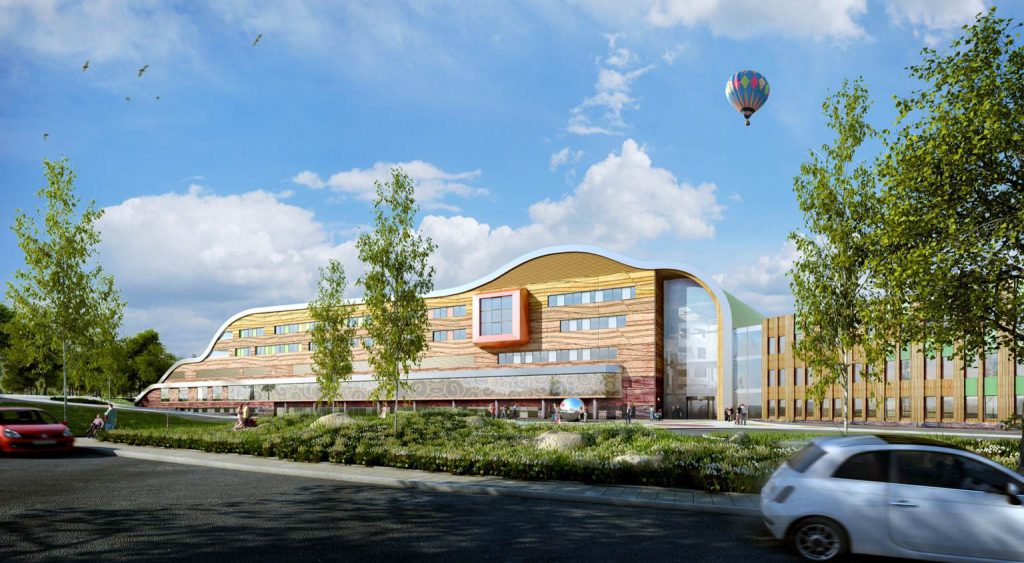 Alder Hey Children’s Hospital in Liverpool, a prestigious construction project in which Lucion has been involved, has won another prestigious accolade that celebrates its fitness for purpose in providing a unique environment for the provision of children’s healthcare services.

Following a string of architectural industry awards, the hospital has now won the ‘People’s Choice North West Building of the Decade’ title.

BBC North West Tonight asked its viewers to vote for their favourite building constructed in the last 10-years. North West Tonight, in partnership with the business magazine ‘Insider Media’, then launched an online vote for ‘People’s Choice – North West Building of the Decade which Alder Hey in the Park won.

Alder Hey’s success can be measured in terms of the calibre of the other buildings on the shortlist, which included The Christie in Manchester, Brockholes Nature Reserve in Lancashire, Storyhouse in Chester and the Advanced Manufacturing Centre in Cumbria.

Construction safety specialist, Innov8, was originally appointed to the Alder Hey construction team by John Laing Investments in 2012, acting as CDM Coordinator and Adviser on the scheme. During the project, Innov8 became part of Lucion and worked with the PFI contractor Laing O’Rourke and the project design team, through to completion and handover of the hospital in 2015.

The role included the provision of specialist advisory services to many project stakeholders including; contractors, designers, departmental leads, medical user groups and others. All with the single purpose to ensure the hospital could be built, used and maintained safely by anyone working at, or visiting, the hospital including; all staff, patients and the public.

“This is another feather in the cap for Alder Hey and we are delighted to have been involved in such a prestigious and successful development.

“All members of the design and construction team responsible for the delivery of this ground breaking scheme, deserve tremendous credit for their creativity and skills in making such a success of this highly innovative hospital in the park concept.

“Alder Hey is a unique building and, as this latest award acknowledges, has changed the perception of a hospital visit by children by replacing fear with play and distraction.”

Parent group Lucion Services renamed the former Innov8 business as Lucion Consulting earlier this year, in order to bring the dedicated CDM, construction safety and multidisciplinary consultancy service, into line with its other specialist divisions and corporate structure.

Get organised and allocate responsibilities to certain team members using this easy to use Health and Safety Policy template provided by our health and safety consultants at Lucion Consulting.

Do I Need Both A Principal Designer And A Client Advisor For My Construction Project?
Open >
See all >